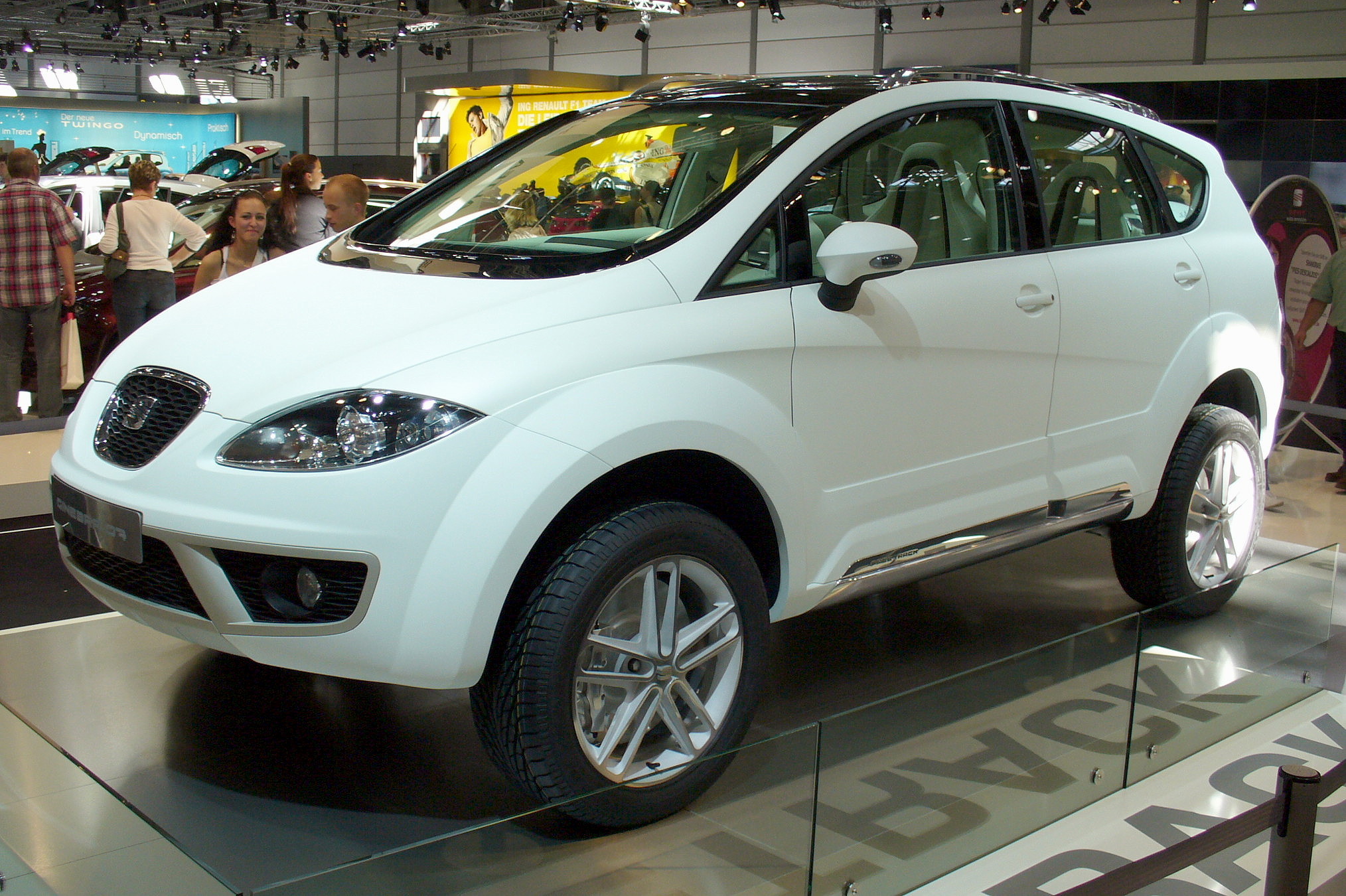 The SEAT Altea was launched in 2004. It was the time when car manufacturers had already come up with many terms like SUV (Sports Utility Vehicle) and MPV (Multipurpose Vehicle). At the time SEAT came up with another indecipherable term MSV (Multi Sports Vehicle) and introduced the Altea. It was aimed to conquer the market of practical cars like Ford Focus C-Max but with a sporty touch. The SEAT Altea shares the chassis of the Audi A3 and VW Golf and has the same front as the SEAT Leon hatchback. The larger wheels and stylish bodywork make it the sportiest people carrier, however the raised roofline doesn’t really go well.

The range topping Cupra models boast a big tailgate spoiler and 19 inch alloys same as the Volkswagen Phaeton. Inside, the dashboard has the same style as many other VW models of the time. Overall the cabin is comfortable thanks to the fully adjustable seats. The steering wheel is also adjustable for the reach and rake returning a perfect driving position. The SEAT Altea scores high when it comes to the practicality. It’s not a traditional MPV, more like a versatile small estate, hence the term MSV. Unfortunately, the term didn’t catch on as much as it was expected. It has 409 litres of boot space and can be increased to 1,320 litres on folding the seats flat. If you think that’s not enough you can go for the Altea XL, which boasts 532litres or 1,604litres with seats down.

On the road the SEAT Altea handles great despite of being such a tall car. The body roll is excellent and the steering is responsive, although it’s not as sharp on the curves. Driving a Ford S-Max is a more fun experience. The Altea has a firm suspension, as a result the ride becomes uncomfortable on bumpy roads. The Seat Altea comes with a wide range of engine options. The Altea diesel engines include 1.9TDi with 89bhp, a 1.6 litre and a 2.0TDI with 138bhp. The Altea engine options in petrols are 1.4 litre with 84bhp, 1.2TSI and 1.4TSI turbocharged units with 103bhp and 123bhp respectively. The petrol units are good but can’t compete with the efficiency of EAT Altea’s diesel engines.

SEAT gives a mixture of old and new engines. The older engines are not as fuel efficient as the new ones and include 1.4 petrol and 1.9 litre and 2.0 litre TDi diesels. The new Altea engines are more economical and include 1.2 litre TSI (49.6mpg and 132g/km of CO2 emissions), 1.4 TSI (44.1mpg) and 1.6TDi (with 62.8mpg and 119g/km of carbon emissions). The SEAT Altea not look as stylish as some of the others in class, but it drives well and is equipped with decent engines. Its practicality makes it a good choice for family car. It has been awarded with a full five star Euro NCAP rating which reassures the safety.